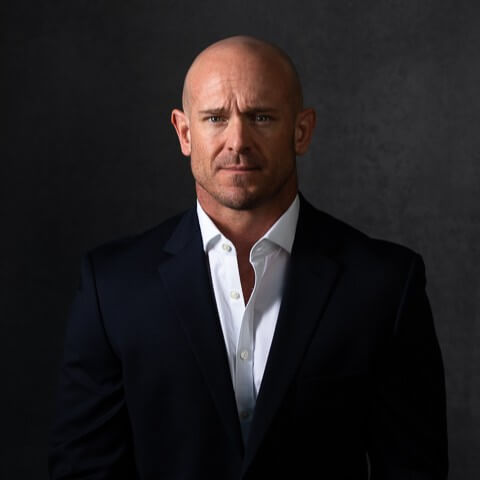 Mike Sarraille is a retired U.S. Navy SEAL officer and a former enlisted Recon Marine and Scout-Sniper. A graduate of the University of Texas McCombs Business School, he is the founder and CEO of Talent War Group, a specialized executive search firm, and talent advisory that finds high-performing business leaders for senior, executive, or other critical leadership positions. He is co-author of ‘The Talent War: How Special Operations and Great Organizations Win on Talent’ and a columnist for Men’s Journal and Men’s Fitness under ‘The Everyday Warrior’ column.

He founded and served as a board of directors for the VETTED Foundation, a cutting-edge executive level transition program, and was a former principal at Echelon Front, a management consulting firm alongside the co-authors of Extreme Ownership, Jocko Willink, and Leif Babin.

Mike enlisted in the Marine Corps after high school. He became a Recon Marine and also served as a scout sniper. He was selected for a Marine officer program, but after finishing his bachelor’s degree at Texas A&M University, he sought a commission in the Navy to try out for the SEAL Teams.

After completing the Basic Underwater Demolition/SEAL (BUD/S) Training, Mike served in SEAL Team THREE, Task Unit Bruiser, the most decorated Special Operations Task Unit of the Iraq war, where he led major combat operations during the Battle of Ramadi in 2006. In 2008, Mike returned to Iraq and led historic combat operations during the Battle of Sadr City. In 2008-2009, Mike served as the SEAL Junior Officer Training Course (JOTC) Director where he coached, mentored, and prepared junior SEAL officers to lead combat operations. Mike was then assessed and selected for assignment to Naval Special Warfare Development Group (DEVGRU), part of the elite Joint Special Operations Command, in support of global counter-terrorism operations. Mike completed a total of ten combat deployments in support of the Global War on Terrorism. Mike is a recipient of the Silver Star, six Bronze Stars for Valor, two Defense Meritorious Service Medals, and a Purple Heart.

He is a recognized keynote speaker and subject matter expert in leadership development, talent acquisition, and talent management. Through stories of lessons learned from his time as a military to business leader, Mike will take you on a thrilling ride through the ups and downs of building and leading high-performing, elite teams. Each account comes with lessons that will broaden your understanding of what it means to lead, work as a team, overcome adversity, be accountable, and positively impact those around you.

Mike is ready to help solve your business challenges

MIKE SARRAILLE ON BEYOND THE UNIFORM

What Your Business Can Learn from Special Operations’ Success

A SPECIAL OPERATIONS GUIDE TO HIRING: A SERIES OF GATES

The 9 Foundational Character Attributes of Talent

IF YOU WANT THE BEST LEADERS, RETHINK INDUSTRY EXPERIENCE

#009: Getting Comfortable with Being Uncomfortable