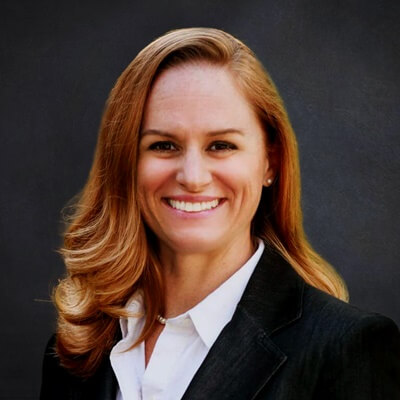 Lisa Jaster graduated from the West Point Academy with a BS in Civil Engineering and was commissioned as an active duty engineer officer. During 2003, Lisa deployed in support of Operation Iraqi Freedom as a company executive officer, later serving as the battalion operations construction officer. She attended the Army Engineer Officer Advanced Course at Fort Leonard Wood, MO, and earned her MS in Civil Engineering from the University of Missouri-Rolla in 2004.

After leaving the Active Army, Lisa was employed by Shell Oil Company for 12 years. From April to October 2015, she took a six-month leave of absence and attended Army Ranger School, being one of three females that graduated from the first integrated Ranger School course.

Lisa is married to a fellow reserve officer and has two children. She lives an active lifestyle competing in anything from ultra trail runs to CrossFit competitions. She loves martial arts training, specifically Jiu-Jitsu, and is always looking for the next challenge to tackle.

Lisa is ready to help solve your business challenges

Episode #004: Two is One, One is None: The Value of Redundancy in High-Performing Teams

Episode #005: Leaders Must Learn How To Control The Uncontrollables

#013: Raise Your Children, Grow Your Talent