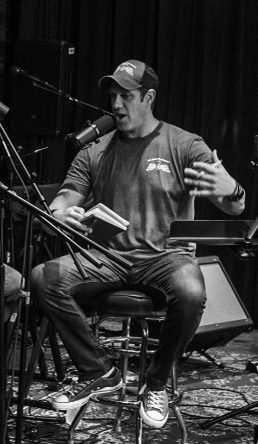 Francis Racioppi, CPP, CBCP, is the Chief People Officer at Analytix Solutions, a 700+ person firm with offices across the globe. Fran previously led Genius Fund as the Chief Executive and Chief Operating Officer, a vertically integrated cannabis company in Los Angeles, CA. Prior to Genius, Fran served as the Director of Global Security for Snapchat where he was recruited to professionalize and scale the security organization across the globe. Fran currently serves as the performance development coach for Boston University Men’s Rowing and leads leadership programs under his own company, FRsix.

Fran holds an MBA from New York University and graduated with honors from Boston University with a BA in Journalism and a minor in Political Science. Fran served 13 years in the United States Army as a Green Beret, deploying three times to Iraq and spending several years operating across Africa. A lifelong sailor, Fran volunteers to teach Veterans to sail as the Race Director for Sailahead a Veterans service organization dedicated to reducing the Veteran suicide rate.

Fran is ready to help solve your business challenges

WE FEAR WHAT WE CANNOT CONTROL

Episode #005: Leaders Must Learn How To Control The Uncontrollables

Episode #007: Understanding A Leader’s Role In The Organization