Originally published at https://www.mensjournal.com on September 10, 2021.

By Jack Haworth and Mike Sarraille

2,996 Americans lost their lives in the terrorist attacks on September 11, 2001. Fathers and mothers, brothers and sisters, sons and daughters––each soul left behind devastated family members, friends, and a nation shook to its core. It’s been 20 years since 9/11, but the memory and aftermath of that horrific event still echo today. Those reminders have only intensified following our recent withdrawal from Afghanistan and the tragic loss of 13 American service members.

On his new podcast, Truth + Tribe, retired U.S. Navy SEAL Mike Sarraille hosted four retired Tier One soldiers––Eric Ballester, Brent Tucker, Glenn Cowan and Rich Diviney––for an impassioned and thoughtful conversation about the 20th anniversary of 9/11. Having deployed in support of the Global War on Terrorism over 50 combined times during the past 20 years, these Special Forces operators are among the most experienced combat veterans.

During this two-part episode, the group discussed their emotions on 9/11 and their first combat experience in its aftermath. They also analyze their personal experience in the War on Terror, the long-term impacts of the conflict, and what lessons can be learned from the past two decades.

Below are a few key excerpts from the episode, but for the complete conversation, head over to the Truth + Tribe podcast.

The Emotions of 9/11 and How That Day Impacted Their Lives:

“If you’d asked me on September 10th, ‘Hey, are you ever going to join the military?’ I’d say ‘No, I love those guys but I’m going to grow up in the family business feed store and carry bags of feed out for the rest of my life.’”

“9/11 struck a chord in me and for days I had this flood of emotions, I was just enraged. My decision to join the military was fairly simple, as I knew I didn’t want to live a life with any regrets. I was 20 years old and I signed up on September 23, 2001.”

“On 9/11, I had three emotions that probably sound disjointed: curiosity, anger, and pride. Part of my emotion was curiosity. ‘Where are we going? What’s this going to look like?’ I was angry because of what happened, but I actually got angrier when I saw the video of people celebrating the attacks. When I saw the towers come down it was more sadness, but I got angry when I saw people celebrating it. But there was also overwhelming pride with how the nation pulled together. We all had this common purpose and I had tremendous pride in that.”

“On 9/11, I knew I made the right decision for my career. I was just crazy motivated and from there on, it was a straight shot to get to the pointiest part of the military apparatus. Through that loss, I think it clarified what my purpose was going to be for the next 20 years. I knew I was going to be in this fight for 20 years because that’s what I’ve been put on this Earth to do.”

“I had just finished my final stage of infantry officer training and received a posting to a Western Canadian regiment called the Princess Patricia’s Canadian Light Infantry. I was on my way out to my first conventional infantry platoon that I was to take command of. I woke up on the morning of September 11 and watched the towers fall. I was already on my way to the start of my military career, but it just so happened that my battalion was Canada’s rapid reaction battalion to a NATO task force. So I was in the right time, the right place to get involved very early on in Afghanistan and the global War on Terror.”

The First Deployments in the Aftermath of 9/11

“I think that it comes down to love of the brothers that you’re serving with. I can remember that feeling of my boss getting shot and my friend getting shot. And knowing that I’m the person that needs to do something to turn the tide. I have to medically evacuate them and I have to strike danger close, and I have to get this enemy to fall back.

I can still put myself back in that same feeling. Your body shuts down and your sympathetic nervous system is kicking in. I remember just becoming hyper-focused and the only thing I wanted to do was take the pressure off my brothers. It was the clearest, most vivid thing that I’ve ever felt. And then that also made me feel like this is exactly where I belong. This is why I’ve been working so hard to make it to this level.”

“We were a part of a few major maneuvers on the back end of Operation Anaconda. I just remember being awe-inspired by the sheer power of the U.S. Air Force, and just their overall ability to mobilize and move. In the early deployments, I just wanted to rush to the sound of gunfire, but that’s not always the best way to approach things. So I developed a better tactical patience in terms of applying a little more logical thought to some problems.”

“It was a lot of fun deploying with your buddy. You get into different scenarios and gunfights and problems gone wrong that you’ve got to solve on the fly to get yourself out of them. It was hard and challenging, but it was fun. I looked forward to a deployment when the pager went off and we got bugged out.”

“My first deployment to Afghanistan; it was the Wild West. It was a very violent deployment, but it was everything I was looking for. It sounds almost immature, and I was then, but I loved it.”

“Everything from the time I joined the military, to what I trained for, to the times I actually got to carry it out, it was everything that I was searching for and trying to fulfill. But if someone came on September 10th and said, ‘Hey, you’re going to go to Iraq, Afghanistan, Syria. You’re going to jump out of planes at 30,000 feet. You’re going to dive on Drägers.’ You know, I’d look at him and be like, ‘You got the wrong Brent Tucker.’ You can’t even fathom that on September 10th as a civilian.”

“Special Operators pride ourselves on precision, logical thought, and understanding exactly what we need to do in the moment. People would ask me, ‘Were you angry? Did you hate these people?’ But we have to be real careful, hate is much like love and both emotions disable logical thinking.”

“We knew we were in the long game and you have to think about energy and how you actually play the long game––it’s not through these very powerful emotions. It’s okay to have these emotions, but make sure they are understood and worked through before you get out there.”

Follow Mike’s podcast, Truth + Tribe, an exploration into the journey of an everyday warrior, on Apple Podcast or Spotify.

You can also view this article on Medium.

#006: How Can We Bring People Back Into The Office? With Karen Clark

#006: How Can We Bring People Back Into The Office? With Karen Clark With the gradual march towards recovery from the global pandemic, many business leaders are asking: How can we bring people back to the office? We tackle this question and more in this episode....

#018: Operator Syndrome - Dr. Chris Frueh What happens when we push ourselves too hard - over too long a period of time? What happens to our mental, physical and emotional states? Even the most elite performers reach a point when they can't go any further. We are not... 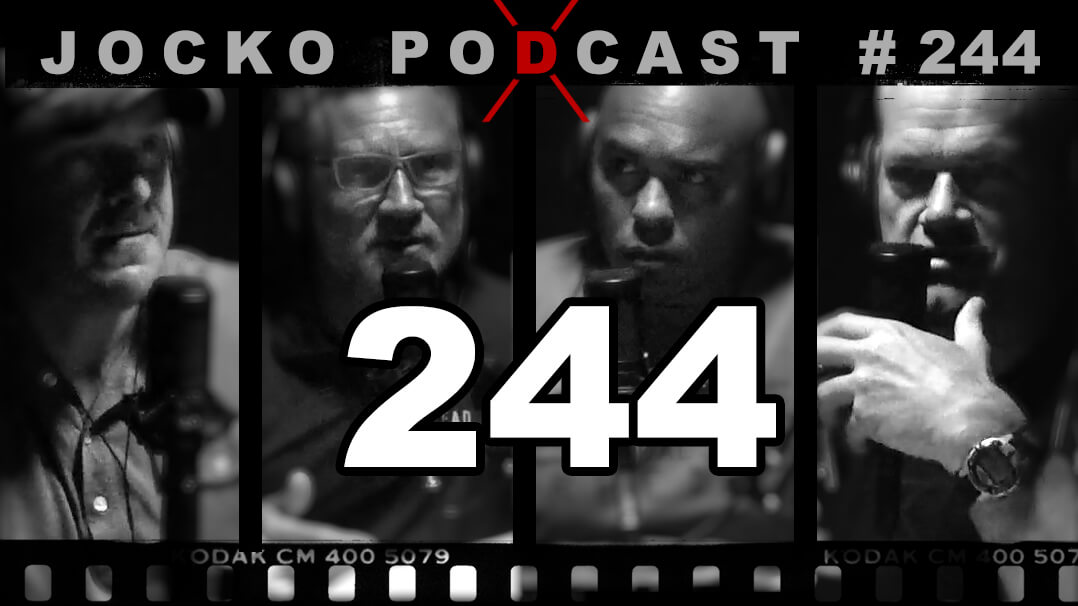 Don’t Do it Alone. How to Build a Winning Team. “The Talent War.” Recruiting, Selecting, Training, and Mentorship, w/ Mike Sarraille and George Randle 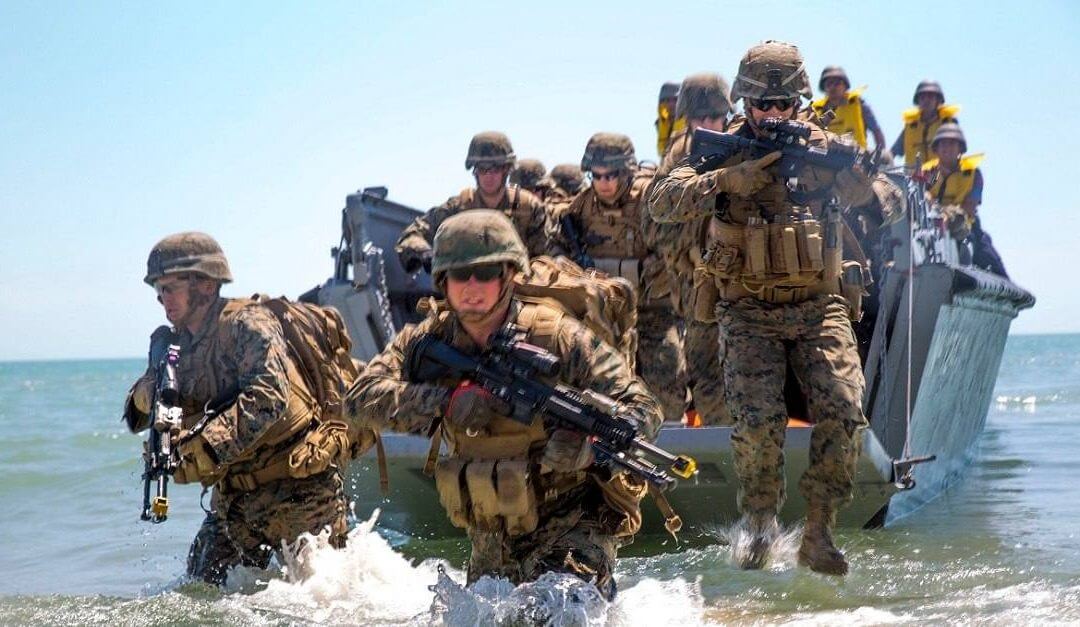 MIKE SARRAILLE ON BEYOND THE UNIFORM

Mike started EF Overwatch as part of Jocko Willink’s Echelon Front. We talk about the Veteran Transition Map, and the importance of one’s self-assessment about strengths and weaknesses. We talk about the one thing that Mike would encourage Veterans to leave behind in...