Originally published at https://www.mensjournal.com on February 1, 2021.

Looking back on my past 20 years, I now understand that the influence of those around me has been the foundation of my success. I’ve been the fortunate recipient of being surrounded by more capable, humbly confident, respectful, growth-minded everyday warriors in pursuit of the same goal: continual improvement. At times it was almost like osmosis — by mere proximity to these warriors, I became better in every facet of my life. From a 130-pound Marine Private to a 200-pound Tier One operator and now an active business entrepreneur — my success is very much a result of their impact on my life.

Beyond the effects of self-improvement, I had a tribe. And everyone wants and needs to be part of a tribe to which you have a sense of esprit de corps — that feeling of pride, fellowship, and common loyalty. A word of caution — a tribe can work both ways. Belonging to the U.S. Army Special Forces community can create a sense of pride, fellowship, and common loyalty; as much as belonging to MS-13 or ISIS does. Make sure you choose a tribe that stands for good and influences people in a positive manner. A great quote from an unknown author reinforces this:

Your Tribe Will Change

In life, you may shift between multiple tribes and that is okay — people evolve, people change goals, people move jobs or locations. What is important is that you are intentional about the people you surround yourself with. When I left the SEAL Teams and moved to Austin, I didn’t know anyone. I felt tribe-less and knew I needed to engage with people until I identified my next circle of everyday warriors. It didn’t happen overnight, but I eventually found a group to call my own. Most of my current tribe doesn’t reside in Austin, but regardless of distance, we engage weekly if not daily. That’s the beauty of social media and electronic communication — if used correctly, it can be an effective tool to create and foster positive relationships and interactions.

When I talk about each of my tribe members, these everyday warriors, I instantaneously start smiling and bragging about each of them. I feel humbled to be associated with them. In many ways, I take more pride in their accomplishments and success than my own. I’d be remiss if I didn’t highlight a few of the Everyday Warrior tribe members:

Find Your “Everyday Warrior Tribe” in 2021

Why introduce them? Because 2020 has impacted us all, even the aforementioned leaders. COVID, quarantine, and even the presidential election have physically and emotionally isolated us from one another. However, we are taking action to change this. To put an alternative, positive, and healthy message out there.

In 2021, our tribe is excited to embark on this journey we call the ‘Everyday Warrior Initiative’, to tear down the physical or metaphorical walls that separate us and start building up one another. If you, like us, consider yourself an everyday person with a genuine desire to pursue a life of impact and continuous improvement, we’d love if you would join our tribe and kick-off 2021 in an unprecedented, life-changing way.

Visit Mike and his tribe at theeverydaywarrior.com for more information on the Every Day Warrior Initiative.

You can also view this article on Medium. 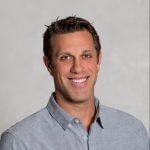 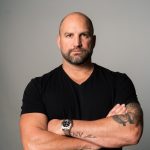 Glenn founded One 9 Investments while serving as an Assaulter Officer in Canadian Special Operations Forces; Joint Task Force 2. As a Squadron Commander, Glenn specialized in leadership, command, and strategic planning and successfully translated these skills with the creation of a venture capital fund that invests utilizing the principles of special operations planning, risk mitigation, and execution. Having served on multiple combat deployments in Afghanistan, sensitive information operations in the Middle East, and Hostage Recovery operations in Africa he was a strategic planner and tactical commander. A graduate of McGill University, The Army Operations Course, The Special Operations Assaulter Course, Canadian Securities Course, and Ivey Executive Leadership program, arms Glenn with an unconventional perspective and application to the investment battlefield. 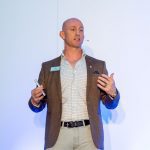 Dean is a former British Special Forces Soldier, 2x World Record Holder, Adventurer, Philanthropist, Author, and International Speaker. After making it through the Special Forces selection process, Dean became one of the very first army members to join the SBS (Special Boat Service). Throughout his esteemed military career, he has conducted deployments to overseas hostile environments and been involved in Counter-Terrorism operations; he has traveled to some of the toughest places in the world. He then established a distinguished career in the private security sector; Dean is now a renowned international speaker, presenting to FTSE 100 companies, sporting bodies, military departments, schools, and businesses. Dean has presented inspiring talks to 10,000 people at the O2 Arena through to 25 local children in impoverished areas. In 2016 Dean began training to cycle the longest motorable road in the world The Pan American Highway and completed the 14,000 miles route from Argentina to Alaska in May 2018. 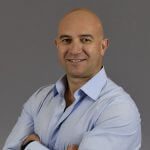 Dan is a Certified Leadership Coach and Doctoral student. Dan is a retired US Navy SEAL, who served honorably for 20 years. He graduated with BUD/S Class 228, served at SEAL Team One and Naval Special Warfare Development Group. Dan’s leadership skills were refined while working at the U.S. Naval Academy and delivering competency-based leadership training. Dan has a Bachelor’s in Organizational Leadership from the University of Charleston, an Executive Master of Leadership and Graduate Leadership Coaching Certification from Georgetown University and he is currently working on a Doctorate in Organizational Change and Leadership from the University of Southern California. 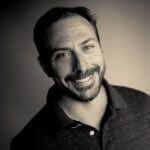 Rich Diviney (CDR USN Ret.) is a retired Navy SEAL officer. In a career spanning more than twenty years, he completed more than thirteen overseas deployments - eleven of which were to Iraq and Afghanistan. As the officer in charge of training for an elite Navy SEAL command, Diviney spearheaded the creation of a directorate that fused physical, mental, and emotional disciplines. Since his retirement Diviney has worked as a speaker, facilitator, and consultant with the Chapman & CO. Leadership Institute and Simon Sinek Inc., speaking to and training more than five thousand business, athletic, and military leaders. Diviney's first book: The Attributes. 25 Hidden Drivers of Optimal Performance is out now.

Effective Small Team Dynamics; The Team Room Blog #6 In my first year after separating from the Air Force Special Warfare community and entering the private sector, I’ve encountered many misperceptions about what happens in the military’s elite small teams. Some...

Critical Communication Practices To Find The Best Candidate For That Role Communication.  It is a word often associated with being a generic resume filler that I am guilty of, as my current resume lists ‘corporate communication’ as one of my top skills. ...

Everyday Warrior: Special Forces Operator Dean Stott on Mindset and Overcoming Challenges Originally published at https://www.mensjournal.com on August 27, 2021. This article is an installment of The Everyday Warrior series, a recurring column by...

FIVE STRATEGIES FOR EFFECTIVE COMMUNICATION IN THE WORKPLACE

FIVE STRATEGIES FOR EFFECTIVE COMMUNICATION IN THE WORKPLACE In any operational area, organization, or business, effective communication is vital to success. As employers and top-level leaders, we are responsible for communicating the company's message from the very...