Communication.  It is a word often associated with being a generic resume filler that I am guilty of, as my current resume lists ‘corporate communication’ as one of my top skills.  Despite many people using it as a filler, it is arguably one of the most essential qualities a person can have in business today. It is one that every good leader excels at.

This is why there has been a rise in companies seeking candidates who possess interpersonal skills and emotional intelligence and those who highlight those skills on their resumes.  It is the glue that pulls teams together and facilitates cross-functional teamwork.  But listing it on a resume or job description is far different than demonstrating it during the interview process as either the interviewer or the interviewee.

How to be good at communicating?

Good communication isn’t just the ability to send an email or talk during a meeting.  It involves observing the audience and assessing real-time feedback, whether in a large meeting or during 1-on-1’s.  This becomes especially important as the interviewer because they have to extract honest answers from the candidate they are interviewing to determine the best fit for a role.

This skill is crucial to interviewers for a multitude of reasons.  The first is it helps mitigate the contentious topic of standardized questions. While useful, these are also easy to rehearse as a candidate, except for more technical roles, and often provide little value in highlighting the candidate’s abilities.

Second, matching a candidate’s communication style helps them feel more relaxed and at ease, which leads to a higher likelihood of honest, accurate answers.  The way to do that is to treat every candidate as the unique individual they are.  The way to communicate with an introvert is going to be different than with an extrovert.  The same can be said with communicating with people from other countries, such as someone from India versus someone from the United States.  Using a one-size-fits-all approach can often have the opposite of the intended result.

How Do You Assess Your Interviewer’s Communication Skills?

For interviewees, communication is an often neglected skill that, from a surface level, doesn’t appear to have as much value as more defined skills such as project management or data analysis.  Yet as cross-functional teams are becoming more integral to business operations, especially in the Zoom era, businesses recognize the importance of having leaders who can work with a wide range of individuals and teams.  A manager who can effectively communicate across various teams, such as engineering, finance, and sales, can lead to more efficient processes and workloads.

But how does an interviewer assess this or an interviewee demonstrate it?  This is where many interview processes often struggle.  One approach that has become commonplace is to diversify your interviewing team with people from multiple departments.  Having people from different areas of expertise take part in the interview process allows for various perspectives on the candidate and a higher likelihood of an interpersonal connection that leads to more relaxed and honest responses.

Before team interviews, there are often intro interviews, typically one on one between a candidate and a member of the HR team.  Suppose this person lacks those communication skills mentioned earlier, such as being an extrovert with a sales background interviewing an introvert for a software engineering role.

In that case, it could lead to them inadvertently passing on suitable candidates who won’t get the opportunity to meet with the entire team.  However, suppose the organization has placed someone in the interviewing role to understand the different nuances to various personality types. In that case, there is a higher likelihood that good candidates are not passed on.

When filling a role, the ultimate goal is to do so as efficiently as possible by vetting and moving through high-quality candidates.  Putting interviewers in place who possess good communication skills will increase the probability of that process occurring.  If not, then businesses run the risk of spending time interviewing bad candidates and potentially hiring them. 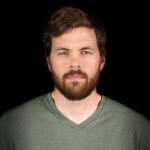 Effective Small Team Dynamics; The Team Room Blog #6 In my first year after separating from the Air Force Special Warfare community and entering the private sector, I’ve encountered many misperceptions about what happens in the military’s elite small teams. Some...

Everyday Warrior: Special Forces Operator Dean Stott on Mindset and Overcoming Challenges Originally published at https://www.mensjournal.com on August 27, 2021. This article is an installment of The Everyday Warrior series, a recurring column by...

FIVE STRATEGIES FOR EFFECTIVE COMMUNICATION IN THE WORKPLACE

FIVE STRATEGIES FOR EFFECTIVE COMMUNICATION IN THE WORKPLACE In any operational area, organization, or business, effective communication is vital to success. As employers and top-level leaders, we are responsible for communicating the company's message from the very...

The Talent War | How Companies Can Win The Battle For Top Talent Originally published at https://www.mensjournal.com on November 11, 2020. Learn to adopt the "talent mindset." By Jack Haworth The most successful businesses are the ones that can effectively...