Your Talent Problem Might Really Be a Leadership Problem 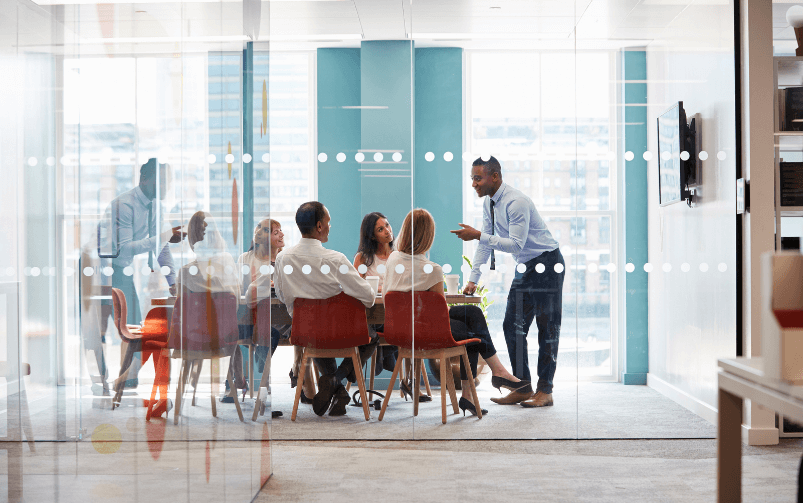 Far too often, a company will hire a talented candidate whose performance ends up being lackluster. The company chalks it up to a bad hire, fires that person, and starts over again.

This is a costly assumption. It can cost thousands of dollars (in administrative costs, assessment tests, background checks, and so on) to make a hire—to say nothing of the other costs associated with high turnovers, like lost productivity due to an ever-changing team dynamic.

There are many reasons someone might not be performing as you expect, and only one of them is a bad hire. Chances are if a talented individual is not performing to standard, it’s not their fault; it’s yours.

Once you hire a talented individual, your job has only just begun. Talented candidates have the potential to be high performers. It is up to you to turn that potential into performance, and you do that through leadership. So, if there’s a break in the potential-to-performance pipeline, you might have a leadership problem, not a talent problem.

The Difference a Leader Makes: Hopeless to Hardcore

The greatest lesson any leader can learn is that “there are no bad teams, only bad leaders.” Few things have more impact on your business than its leaders. Leadership can mean the difference between a candidate becoming a disappointment or one of your top performers.

For proof, look no further than Colonel David Hackworth and the transformation of the US Army, 4th Battalion, 39th Infantry, as detailed in his book Steel My Soldiers’ Hearts.

During the Vietnam War, Hackworth (then a lieutenant colonel) inherited what the brigade commander described as the “worst battalion I’ve seen in twenty-six years of service.”

It looked like the battalion had a talent problem on the surface, but by simply changing the leadership, that “problem” disappeared. Hackworth took that hopeless battalion, which suffered the Army’s highest casualty rate, and transformed it into a hardcore, effective fighting unit.

Hackworth’s first order was for the soldiers to build better fighting positions—no easy task in the jungle. He implemented strict discipline protocols in phases, like shaving every day and wearing helmets on the firebase. He also branded the battalion “Hardcore Recondos” to build “esprit de corps,” or team morale.

At first, many of the soldiers hated him for his strict requirements, but the extra discipline soon began producing results—and saving lives. Plus, Hackworth balanced his tough love with a deep devotion to his men. He regularly braved enemy fire to reach wounded soldiers, direct operations, and provide fire support, and even joined in the fighting himself when needed.

Under Hackworth’s leadership, the battalion’s casualty numbers declined significantly, and they routinely executed more damage against the enemy. They became one of the most lethal and effective military units of the Vietnam War.

That is the power of a single inspirational leader.

The Need for a Leadership Foundation

When your business lacks good leadership, your employees, even talented ones, will fail to meet their full potential, as with the Hardcore Recondos before Hackworth took over. Beyond that, it will become nearly impossible to retain the best talent. Talented individuals have a choice where to work, and they won’t put up with bad leadership.

Most businesses have at least some effective leaders, but one or two great leaders aren’t enough. You need a company-wide leadership foundation—a leadership culture and belief that is woven throughout the organization.

A leadership foundation is critical because, to achieve enterprise-wide excellence in execution, you must have leaders at all levels of the organization, from the C-suite down to the assembly line. If leadership is missing at any level, the organization will not perform to its full potential.

Fortunately, leadership is something that can be taught and developed. “Leaders are made; they are not born,” said Vince Lombardi. “They are made by hard effort, which is the price which all of us must pay to achieve any goal that is worthwhile.”

So before you throw all your money, time, and energy at improving your talent acquisition pipeline, first develop the leaders needed to inspire and guide candidates to their potential.

When we work with companies, they often focus only on the first part of the equation: talent. Doing that would create a revolving door of talent, where talented individuals are hired into the company but quickly leave due to a lack of leadership.

Often, before you can fix a talent problem, you have to set your leadership problem. Otherwise, it’s like trying to fill a bucket with a hole in it.

Your leaders are perhaps the most critical determinant of your success because they are the ones who transform employees’ potential into performance. By building a leadership foundation and developing leaders throughout your organization, you can kill two birds with one stone, fixing both your leadership problem and your talent problem.