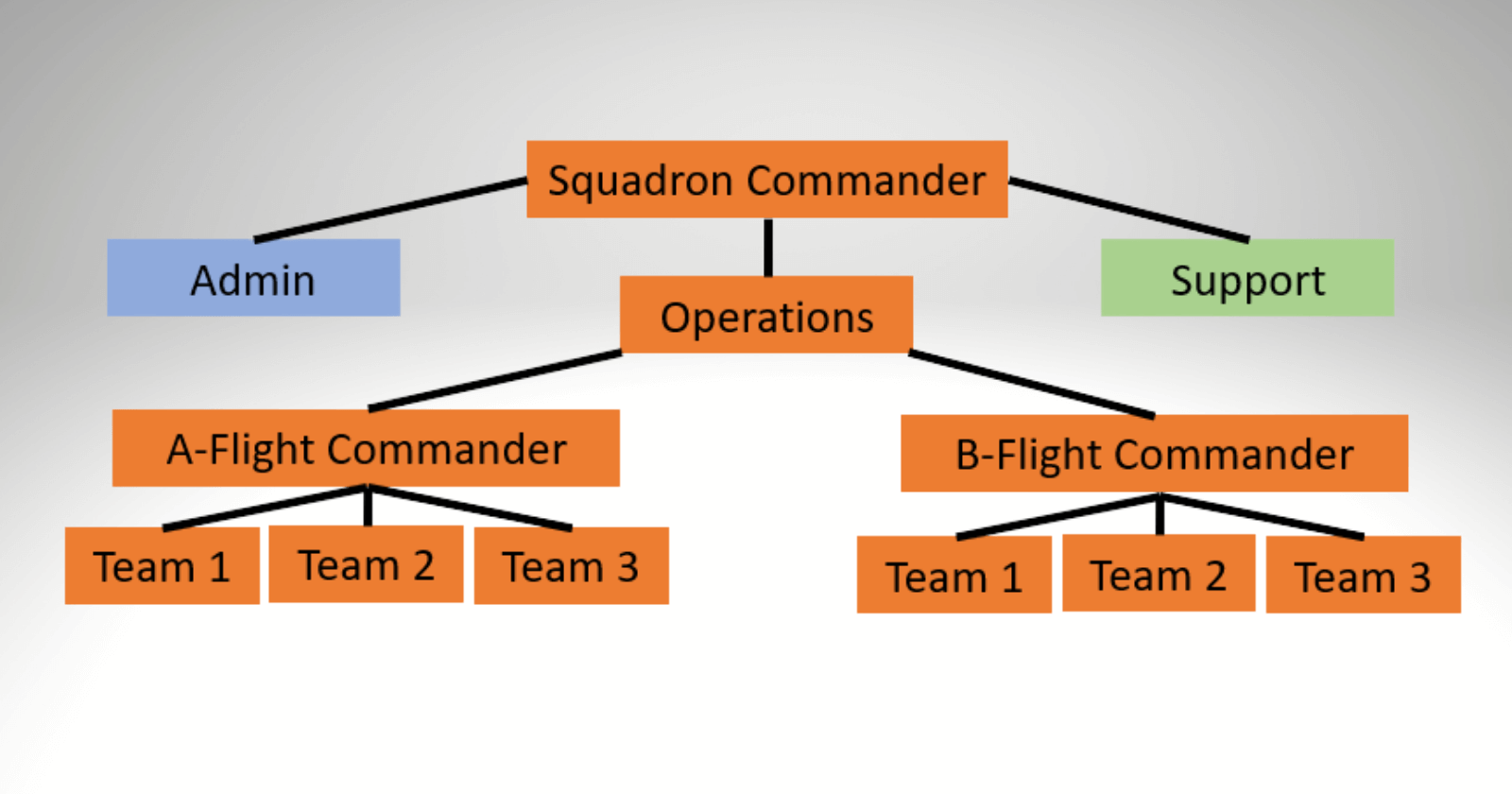 Seven, plus or minus two.

That’s it. That’s the whole blog. Any team more significant than that is too big and more than likely ineffective.

The “why” for that figure is a little bit more complicated. In 1956, a Harvard professor and cognitive psychologist named George A. Miller published a paper in the Psychological Review titled “The Magical Number Seven, Plus or Minus Two,” which detailed the limits of the average human brain.

It stands to reason that an ideal size for a small team would be between 5 and 9 people. Anything more significant than that is too large to track, manage, and lead effectively.

My first TACP squadron was comprised of roughly 60 people and had one single commander. While that commander was responsible for the entire unit, he wasn’t accountable for all 60 people – that would be unmanageable. The squadron was divided into three groups (operations, support, and administration) to facilitate effective management processes. I fell into the “operations” bucket along with roughly 30 other TACPs.

I’m betting that you’ve seen something like this before, whether it’s referred to as a chain of command, organizational map, or accountability chart. What you call it isn’t necessarily important, but here’s what is – in that 30-man operations team, no single subordinate leader is responsible for more than five people. This means that leaders at every echelon are very clear about their scope of responsibility, can manage that scope effectively, and can align their teams rapidly.

We didn’t look into this model or follow the rule by accident – this was intentional. When the team grew, we didn’t group more operators into existing teams – we made new ones. We followed this concept in every aspect of our organization, whether in training or combat.

If you’re a sports fan, think about your favorite football team. There are roughly 50 players on the roster. Still, accountability is broken out the same way – quarterbacks, receivers, linemen, and any other position each has their coach, and each of those position coaches reports to either an offensive or defensive coordinator who, in turn, report to a single head coach.

Football isn’t the only sport that captures this model – hockey players change shifts in groups of five people. Baseball teams have rotations of five starting pitchers. This isn’t all some lucky cosmic happenstance – the highest performing teams in the military and sports live and die by this principle.

I’ve always found it funny that most people think that they are “above average” – according to a 2018 study, 65% of Americans agreed with the statement “I am more intelligent than the average person.” In an even more hilarious 1981 study, 93% of Americans believed that they were better-than-average drivers.

It’s a cognitive bias called Illusory Superiority, and every one of us is guilty of it. That means that people are now reading this thinking that they can manage much more than the “average” person, and this concept doesn’t apply to them.

Not to be a bubble burster, but science says otherwise. George Miller’s model isn’t necessarily a hard and fast rule; your team won’t immediately crumble the second you add a tenth member, and a select few people may possess the bandwidth to lead teams that are slightly more considerable effect. Still, it is a reliable, constructive, and efficient general practice to keep team size limited to a manageable number, and I’ve yet to find a better model.

If you want to lead an effective small team, the first thing you have to do is make sure that it’s a small team. At your nine-to-five, make sure to keep your team size between five and nine.