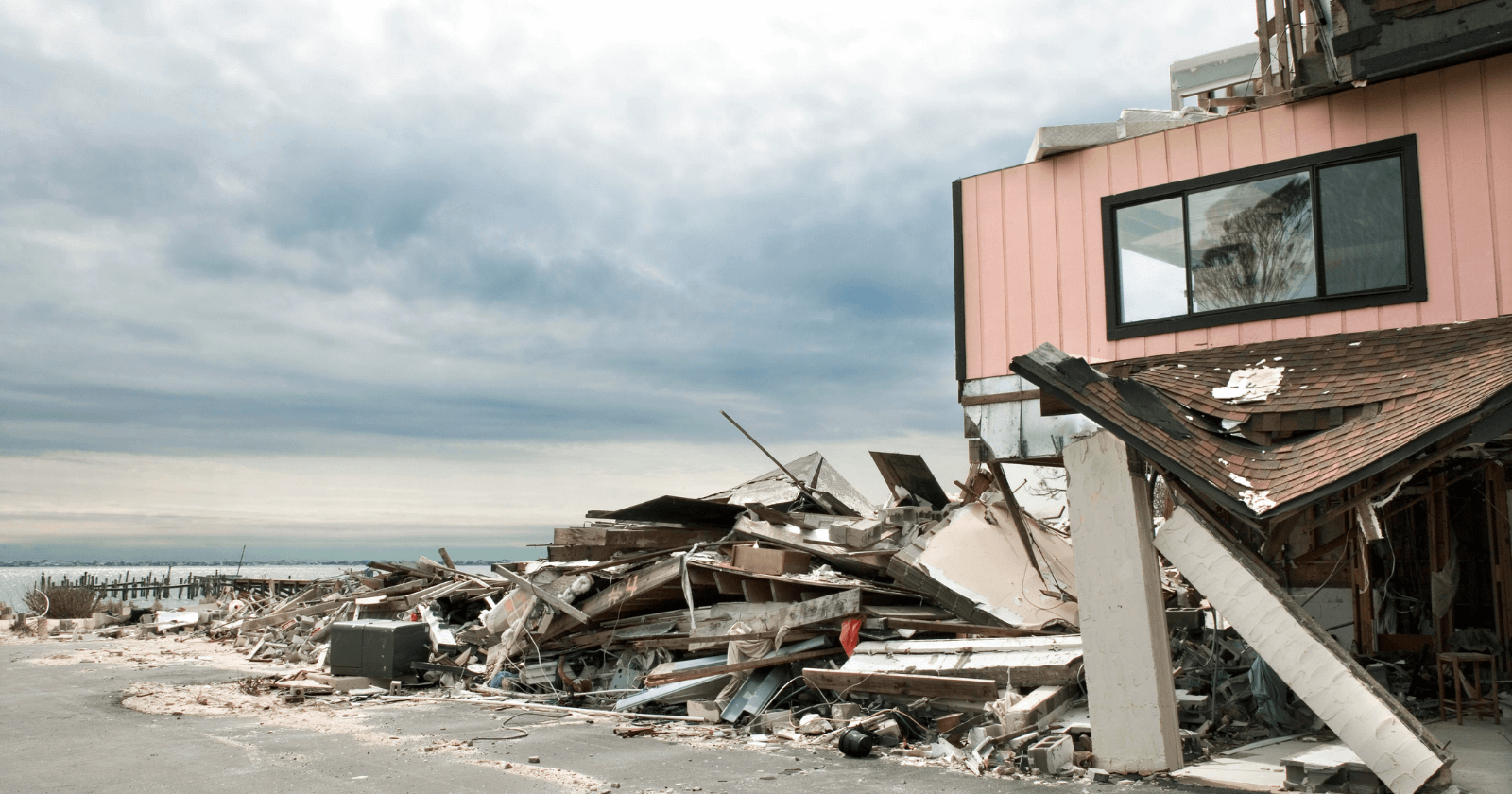 A few months back, I visited with Bill Rausch, the executive director of the veterans nonprofit Got Your 6. I asked him about his organization’s mission, and he put it very simply, “Veterans like serving. They want to continue to serve. We try to empower them to do that.” I understood what he was saying back in his D.C. office, but his message didn’t hit home until devastating hurricane floods affected our neighborhood in Houston in September 2017. For four days, my husband, a Marine reservist, and I have been evacuating people who lost all their material possessions to Hurricane Harvey.

The rain started on a Saturday. Schools and businesses shut down ahead of the event beginning Friday. At the time, we thought all the fuss was just precautionary. Allan, my husband, was out of town, but our house was as prepared as it could be. Houston’s reservoirs started to toll by Sunday, and my city was flooding badly under the torrential rains. Allan pulled into the driveway that afternoon from his trip and was out the door before I could make dinner because he wanted to help. My Marine didn’t go to a buddy’s house. He didn’t help someone who had called him. He just drove with a friend until they found flooded streets and waded into the murky water.

Adversity does not build character; it reveals it. Some rise to the challenge while others shrink. Many people grew up in the area, had family close, or knew someone nearby who was helping. What amazed me most was the number of former military members stepping up for absolutely no reason except a desire to help the community and the skills to do so. 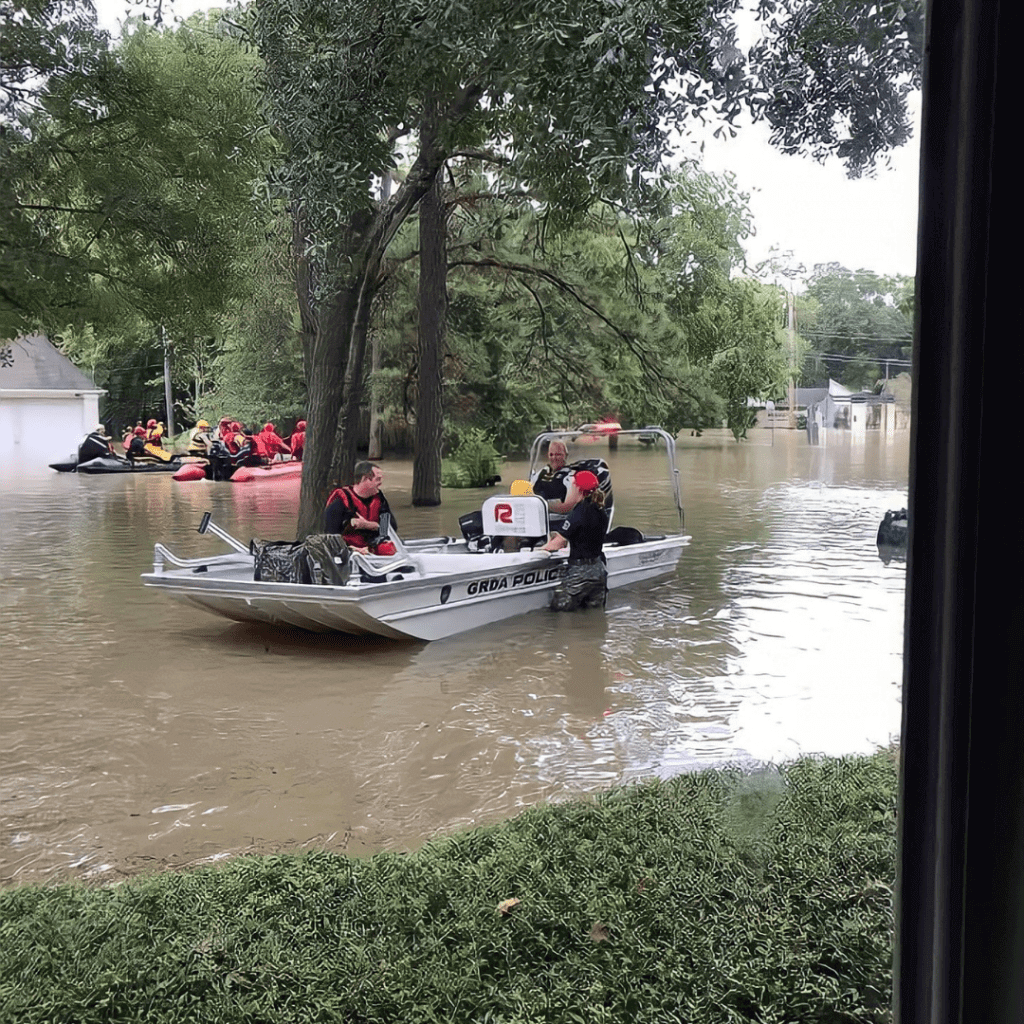 On Sunday, a friend came to our house to sit out the storm since we were not looking. The next day, she sensed that we wanted to go out and help. “Hey, I got the kids. Go,” she told us. With that, we donned wetsuits and drove toward the good. After pulling a few families out of a wooded area, Allan told me he wanted to check on a few people he had met the day prior. That Group included a guy named “Coach.” The coach had a take-charge demeanor and directed many boats and volunteers toward the families still there. I was in waist-deep water, and Coach was on a walkway, and we started chatting about coffee.

There was something about him. I have never been able to explain it to civilians, but you know, when you are talking to someone who served — it’s the secret handshake, the unspoken veteran password, something… different. Sure enough, Coach retired after spending a significant amount of time in the sandbox with the 5th Group. After we all revealed our “military selves,” Coach and I wasted no time in ganging up on Allan because he is a Marine. Coach spent the rest of the day pointing other groups of people and us toward those who needed or wanted help. He identified concerns for those staying: “If you have a phone, the gal in number 223 needs to call her mom”; “That guy over there in #318 is out of medicine”; “The family that lives here moved up there and I bet they are probably ready to go, but they have pets.” That night, we swam back in to check on a few elderly people and bring Coach some freshly brewed coffee. I don’t think he’d slept in two days. Allan reminded him, “Coach – when you’re drinking that good coffee, remember it was made and delivered by a Marine.” He stayed until everyone in his section chose to leave. He walked out on his own. Luckily, we bumped into him late on Tuesday and were able to give him a lift to a shelter. Within minutes of arriving, he was helping others, and some of our friends were already posting about “Coach” on Facebook.

The coach was one of many who still served and lived “The Soldier’s Creed” long after taking off the uniform. They are holding on to those values and doing more without recognition. We saw over 100 boats when we were wading or swimming to knock on doors, and, for the rest of three days, these were all volunteers. Many local boys, many fishers and hunters, and, perhaps unsurprisingly, a lot of people with just a sliver of ACU or Digi-camo showing.